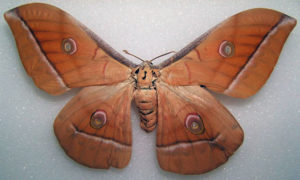 Muga Silkworm being a single species silkworm, rearing of the stock in the same place for more than 3-4 generation shows an inherent tendency for ‘In Breeding Depression’ as indicated by loss of its tolerance capacity to environment variations, quantitative and qualitative characters. Many workers studying genetic diversity on Muga silkworm have concluded a very interesting fact that is quite contrary to the earlier findings of Muga being a single species, that although little morphological differentiation exists in the populations of Muga silkworm the populations are highly polymorphic which might have enabled the silkworm to survive under a restricted geographical location, that is North Eastern Region of India only but under diverse climatic conditions for a long period. Considering the importance of conservation of Biodiversity of Muga silkworm in the wild for future exploitation of the Gene Bank, Department of Sericulture, Bodoland Territorial Council in association with Central Silk Board and Department of Forest BTC has taken the step for establishment of the world’s first ‘Muga Wild Life Sanctuary’, in the fringe areas of Manas Nation Park, Assam demarcating 300 Bighas of land in Rangijora area of Kuklung Forest Range. This is a Landmark achievement for being the world’s First Wild Life Sanctuary for Muga Silkworm in particular and Sericigenus insects in general.